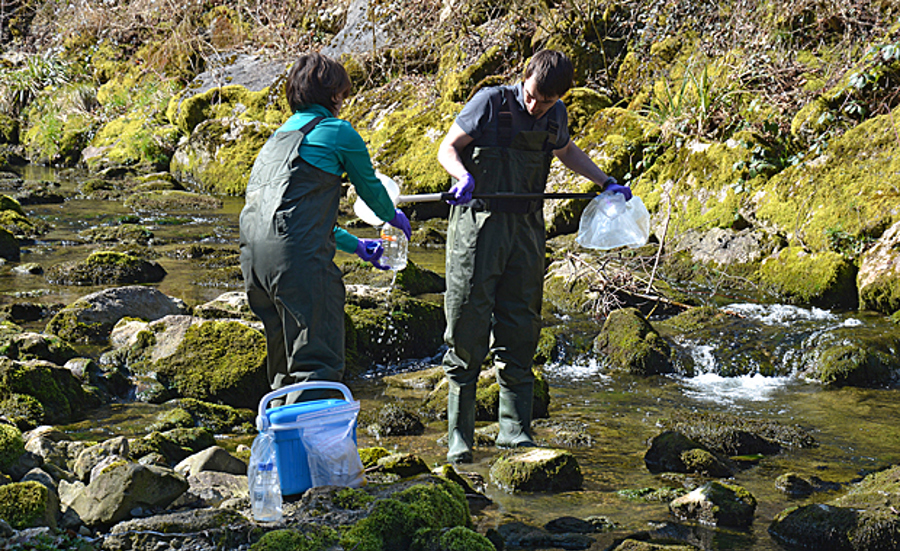 Using bioassays, the combined effects of all chemicals in an ecosystem or environmental sample can be measured. A new development are molecular biomarkers which help to understand the complex effects of environmental pollutants on wild organisms. Especially promising is the analysis of gene expression that relies on measuring messenger-RNA (m-RNA): The production of m-RNA is the first step on the road from gene to protein. Using m-RNA, effects can be measured that do not kill organisms but provoke an effect-specific stress response and thereby can harm organisms in the long term.

For developing a molecular biomarker method for rainbow trout, several fish genes responsible for the cellular stress response were selected in a pilot study. It was tested whether these genes are suitable to monitor the water quality downstream of wastewater treatment plants (WWTP). In the study, a sensitive molecular set of biomarkers for rainbow trout was successfully established. The analysis of m-RNA expression in the liver showed significant differences between the investigated locations. Another goal of the project is to document changes that are caused by the fact that the WWTP discharge is no longer released into the investigated stream or is treated by an additional treatment step. In addition, the molecular fish test is applied at the WWTP Neugut to test several biological posttreatments of ozonation for their efficiency.