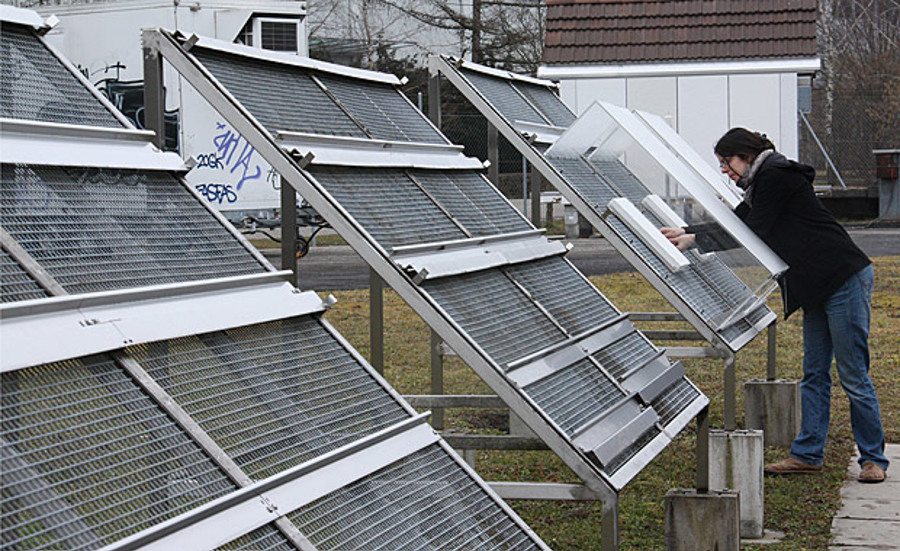 The washout of nanosilver from building facade colours due to precipitation and erosion may lead to the release of pollutants and their transport to creeks, rivers and lakes. The Ecotox Centre investigates the ecotoxicological effects of facade drainage on various organisms such as macroinvertebrates, algae and bacteria. The test results are interpreted in collaboration with the Eawag Department of Urban Water Management, which characterises the washout-relevant aspects and quantifies the washed-out pollutants and/or particles.

The washout of pollutants from the facade colour is analysed by comparing the drainage from building facades that are painted with commercially available colour containing nanosilver with a silver-free reference colour. The tests are performed in the field and in the laboratory with artificial sprinkling.