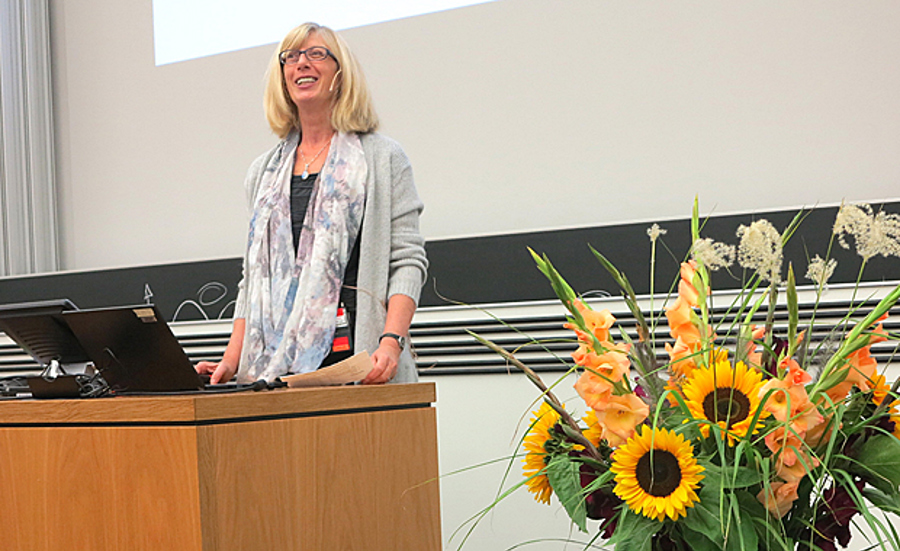 The 20th annual conference of the German-language branch of the “Society of Environmental Toxicology and Chemistry” (SETAC GLB) took place from 7th to 10th September 2015 at ETH Zurich. Organised by the Ecotox Centre under the direction of Inge Werner, the conference attracted over 200 specialists from Germany, Switzerland and Austria. Researchers came together with officials and industry representatives to discuss, by means of 78 lectures and 83 poster presentations, current research findings in the fields of ecotoxicology and environmental chemistry, and how these developments in knowledge can be translated most effectively into practical applications.

In her plenary talk, Janet Hering emphasised how important ‘knowledge brokering’ is for the flow of information between practice and policy, and urged everyone to take this responsibility upon themselves. In another plenary address, Michael Schärer, from the Swiss Federal Office for the Environment, cited the success story of the elimination of micropollutants in Switzerland as one such example of knowledge transfer.

Apropos of 2015 as the International Year of Soils, the Ecotox Centre organised a special session on the topic of soil ecotoxicology. Prof. Emmanuel Frossard from ETH Zurich stressed the importance of soil health in his plenary address. Alongside lectures on the range of biological testing procedures, the practically-oriented sessions attracted a great deal of interest, covering subjects such as standardisation procedures for bioassays, the ecotoxicology of chemicals used in the construction industry, water treatment and toxicity, and microplastics in the environment.

One explicit goal of the symposium has always been the advancement of new-generation scientists, as the President of SETAC GLB, Prof. Ralf Schäfer emphasised. Two Eawag researchers were the recipients of the SETAC GLB new-generation advancement awards for the best master’s dissertation and doctoral thesis in 2014. Alena Tierbach was honoured for her master’s dissertation on “Mechanistic and systematic understanding of the toxicity of manufactured nanomaterials in the alga Chlamydomonas reinhardtii”, in connection with her work in collaboration with the University of Duisburg-Essen and Eawag’s Environmental Toxicology department. The prize for the best doctoral thesis was awarded to Christoph Moschet from the department of Environmental Chemistry, for his work on “Addressing Blind Spots in the Assessment of Pesticides in Surface Waters: A Complete Screening using Trace-Level Mass Spectrometry Techniques and Complementary Sampling Strategies”. The award for the best lecture of the symposium went to Krishna Tulasi Kirla from Eawag’s Environmental Toxicology department, for her presentation entitled “Toxicokinetic and internal distribution of cocaine in zebrafish larvae: unexpected accumulation and retention in the eyes”. We congratulate the winners and look back to an interesting conference!