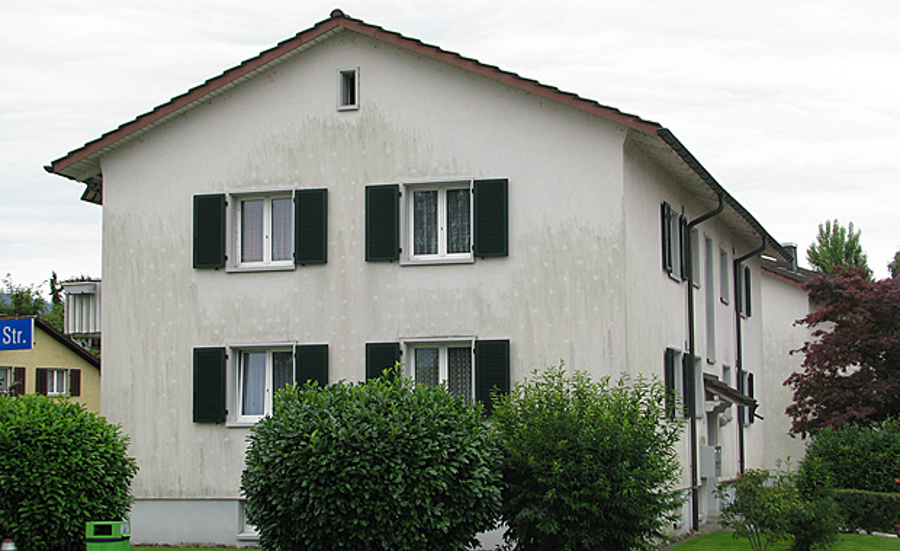 Building facades often contain biocides to prevent the growth of algae and fungi. These biocides as well as other paint and plaster ingredients can be washed out by rain and thereby get into water and soil. In a new project, we examine the effect of different dilutions of such facade runoff on water and soil organisms in various bioassays. We will also investigate whether an encapsulation of the biocides reduces the toxicity of the facade runoff.