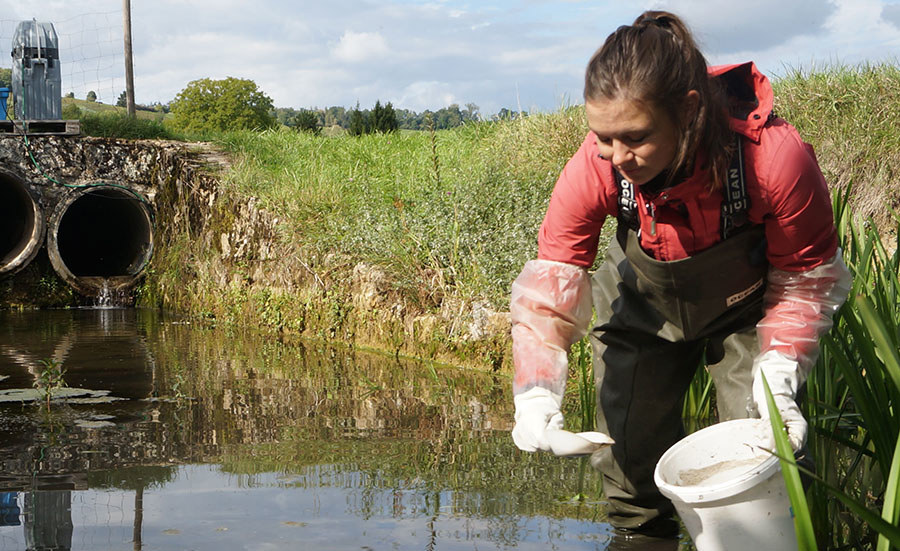 Pesticides in sediments cause adverse effects on benthic organisms. This was shown by a monitoring study conducted by the Ecotox Centre and Eawag on five streams in agricultural areas. Crustaceans were particularly affected. Concentrations of several insecticides, including chlorpyrifos and the pyrethroid cypermethrin, exceeded effect thresholds, indicating impaired sediment quality.

In small watercourses in Swiss agricultural catchments, pesticides pose an ecotoxicological risk. This was demonstrated by studies carried out in 2015 and 2017 under the National Surface Water Quality Monitoring Programme (NAWA SPEZ), where pesticide concentrations exceeded environmental quality standards for most of the study period. Depending on their physicochemical properties (low water solubility, high organic carbon adsorption), pesticides may also bind to stream sediments, potentially harming benthic organisms. Sediments are an integral part of aquatic ecosystems, serving as a habitat and spawning site for many aquatic organisms and playing a vital role in the nutrient cycle. However, they also act as a sink for contaminants such as metals, persistent organic pollutants and pesticides.

Little is known about the concentrations or toxic effects of pesticides in sediments in Switzerland. For this reason, in parallel with the 2017 NAWA SPEZ study of five small streams, the Ecotox Centre assessed sediment quality in samples collected on a monthly basis between March and October from the Chrümmlisbach (canton of Bern), Weierbach (Basel‑Landschaft), Le Bainoz (Fribourg), Hoobach (Schaffhausen) and Eschelisbach (Thurgau). Also involved in this project were Eawag and the University of Cadiz. Sediment samples were analysed for 97 target compounds, including polycyclic aromatic hydrocarbons (PAHs), polychlorinated biphenyls (PCBs), metals and seven pesticides selected on account of their adsorption capacity. To assess the toxicity of sediment samples, three standard bioassays were used, involving benthic organisms with different feeding and life history strategies – ostracod crustaceans, chironomid (non-biting midge) larvae and nematode worms. The endpoints comprised both acute and chronic effects: survival (ostracods), growth (ostracods and nematodes), reproduction (nematodes) and emergence (chironomids).

Toxicity to benthic organisms in bioassays

Project leader Carmen Casado-Martinez says: “We were surprised to see that, at all sites, a number of sediment samples showed toxicity to at least one of the species, with ostracods being more sensitive than the others.” Overall, sediments from the Eschelisbach and Weierbach were more toxic than those from the Hoobach, Le Bainoz and Chrümmlisbach. Sediments from the Eschelisbach were toxic to ostracods for almost the entire season, those from both the Chrümmlisbach and Weierbach in four of seven months, and those from Le Bainoz and Hoobach in at least one month. Chironomid toxicity was observed in sediments from all streams except the Chrümmlisbach, and nematode toxicity was seen in the Weierbach und Hoobach.

What caused these toxic effects? Casado-Martinez points out: “Concentrations of PCBs at all sites were non-critical for invertebrates. Concentrations of PAHs and metals were somewhat higher, but still within a relatively low range. That means it’s unlikely they contributed significantly to the toxicity observed.” That left the pesticides detected in the chemical analyses – the persistent DDT transformation products DDD and DDE, the organophosphate insecticide chlorpyrifos, the herbicide terbuthylazine, and the pyrethroid insecticides cypermethrin, permethrin and bifenthrin. Of these, chlorpyrifos showed by far the highest concentrations in sediment samples – up to 156 ng/g. Chlorpyrifos is known for its high toxicity to fish and aquatic invertebrates. Peak concentrations at the Eschelisbach, Hoobach and Le Bainoz sites were one order of magnitude above the chronic effect threshold (see Box) of 4.1 ng/g.

As well as chlorpyrifos, concentrations of the pyrethroid insecticide cypermethrin – which is highly toxic to benthic invertebrates – frequently exceeded the chronic effect threshold (0.49 ng/g). Two other pyrethroids, permethrin and bifenthrin, were also detected in sediment samples, but the chronic effect thresholds for these substances were never exceeded. At each site, chronic effect thresholds were exceeded at least once, mainly by chlorpyrifos and/or cypermethrin. When mixture effects were taken into account, sediments at all sites were classified as potentially toxic almost throughout the growing season. Total pesticide concentrations were highest at Hoobach and Eschelisbach, followed by Weierbach, Le Bainoz and Chrümmlisbach. The sediment quality assessment based on chemical analysis was in agreement with the results of toxicity tests in 65% of sediment samples.

Casado-Martinez concludes: “The toxicity we observed in the bioassays cannot be fully explained by the limited number of pesticides measured – seven altogether.” Obviously, other potentially toxic pesticides were not quantified and thus not assessed. For example, the insecticides fipronil, spinosad and lambda-cyhalothrin, which were detected in water samples in the 2017 NAWA SPEZ project, can also accumulate in sediments but were not targeted in the analysis of sediment samples.

A standard approach for sediment quality assessment is currently lacking at the international level. The Ecotox Centre has been working for several years to fill this gap. As Casado-Martinez explains, “We’re developing sediment quality criteria for risk assessment according to EU methodology, in which safety factors are applied.” These factors are used to account for uncertainties in protecting species within an ecosystem, in accordance with the precautionary principle. The assessment in this study used effect thresholds – derived without applying safety factors – and is therefore less conservative than an assessment using quality criteria. 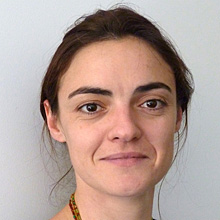